On December 12, 2021, violent tornadoes tore through Western Kentucky. In their wake, it is believed there are over 90 dead, including children. Thousands of others have been left stranded after their homes and businesses were destroyed.

Storelocal® Storage Co-op in Lexington, KY, is donating 100% of first month’s rent to the Western Kentucky Tornado Relief Fund, for new rentals from now through the end of December.

Storelocal® in Lexington is also a collection point for donations of supplies, gifts, funds, and other donations that will ease the suffering of the victims, like the toys pictured above. They already brought one load of donations to Western Kentucky in their courtesy truck and will continue the trips as the donations come in.

“As a locally owned business in Kentucky, we want to help facilitate recovery from this terrible tragedy in Western Kentucky in any way we can, using any resources we can,” says owner Burgess Carey, of The Carey Group. 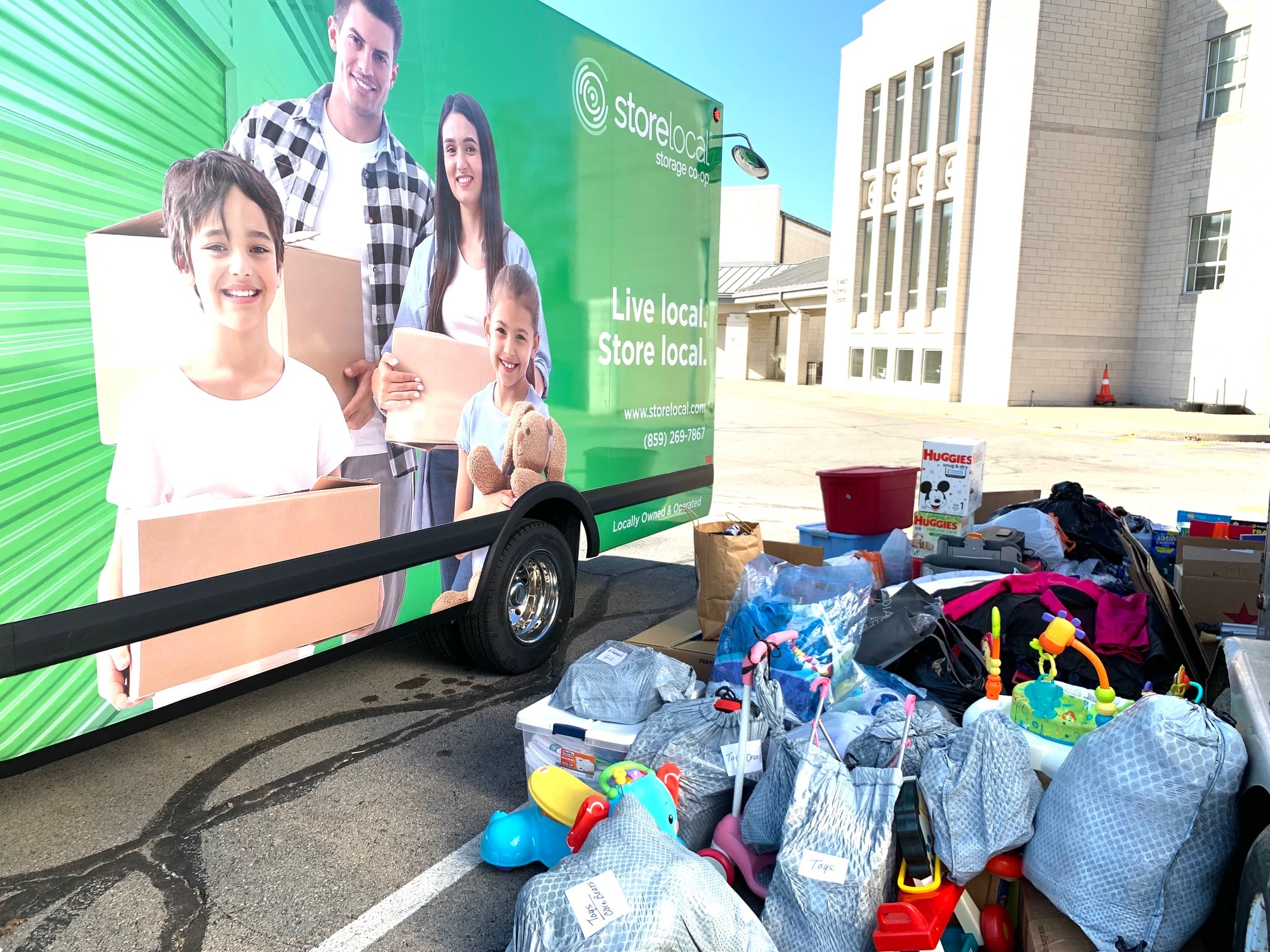 Drop off donations at 2640 Sandersville Road in Lexington. You can reach Storelocal® Lexington at 859-269-7867. Check out the Western Kentucky Tornado Relief Fund here.

The tornadoes tore a path over 200 miles long, mostly through Kentucky, but also in Arkansas, Illinois, Mississippi, Missouri, and Tennessee. This is likely the longest tornado in US history.

“Storelocal® Co-op members live in the communities they serve. We’re always happy to support them in any way we can and this program contributes real dollars to those local communities impacted by the tornados,” says Travis Morrow, CEO of Storelocal® Storage Co-op.

AUTHOR
Storelocal
Send Message
What unit size is right for you!

Watch our size guide videos to choose the right unit

Find storage near me